The following photos were taken in the Indian Ocean, in January 2015 on the Maldive Island, Biyadhoo.

As fascinating as corals are to observe within aquariums, no captive system can replicate the spectacle, expanse, diversity and thrill of wild natural coral reefs.

One subject that is not often talked about or published, is the amazing adaptability of corals to survive regular low tides.  This leaves the corals to cope with rain, sun, wind, dust and overheating plus other challenges.  However it is not just corals, but tridacna clams and other invertebrates too.

Here we have what appears to be acropora humilis partially exposed as the tide goes out:

The next image shows a huge porites coral with a partially exposed maxima clam: 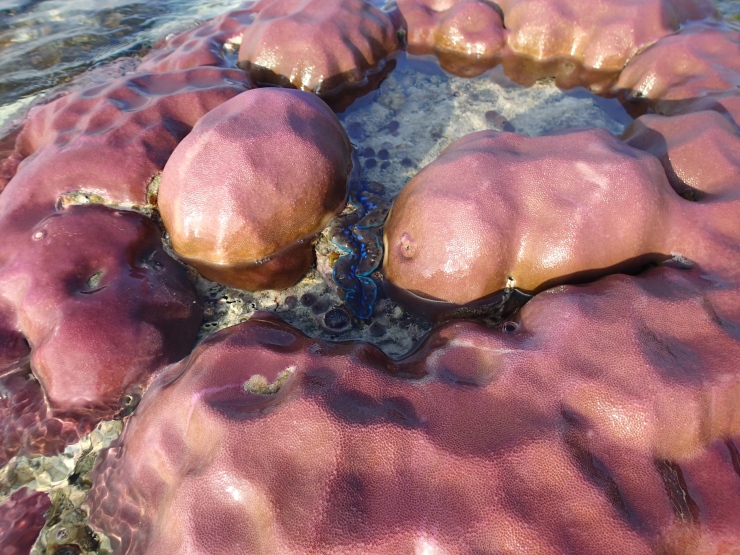 Here we have a huge colony of exposed zoanthids:

Here they are the next day submerged:

In this section of the lagoon, several corals can be seen exposed: 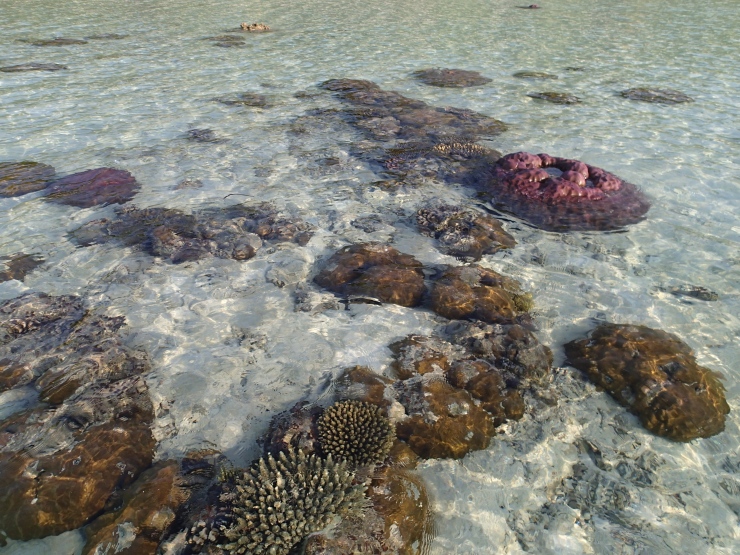 Here’s two shots from further away showing the above acroporas situated within porites corals: 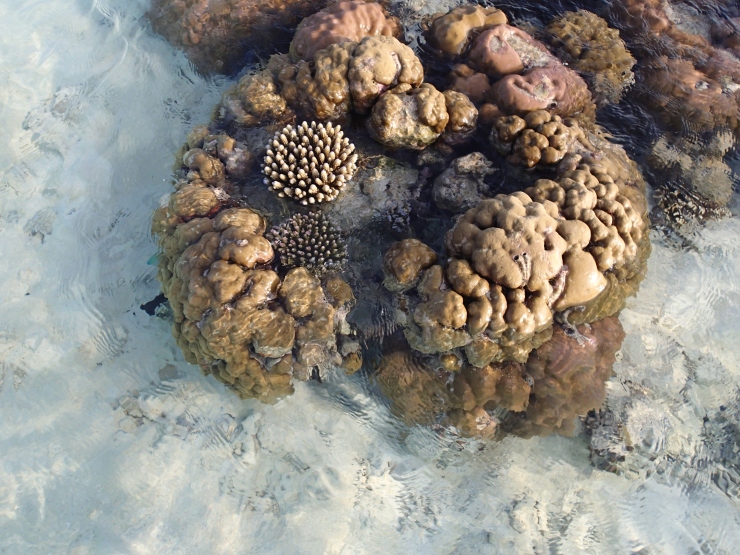 Here’s some tunicates along side a pocillopora:

Here’s another calm next to an acropora: 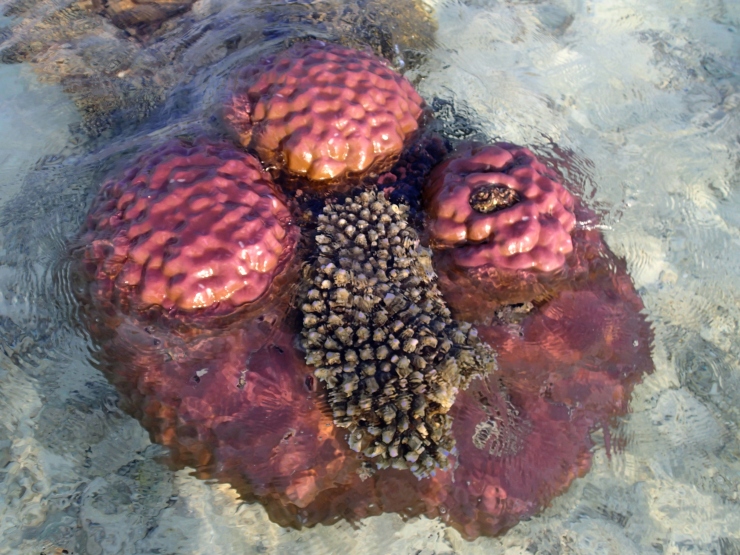 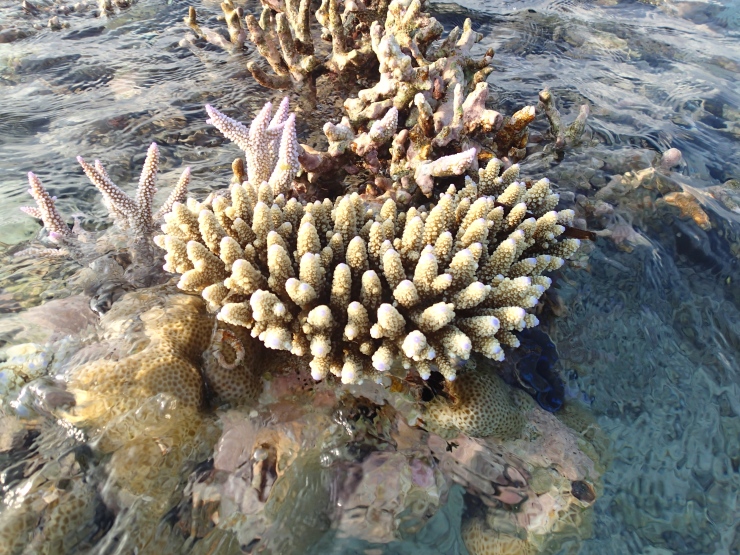 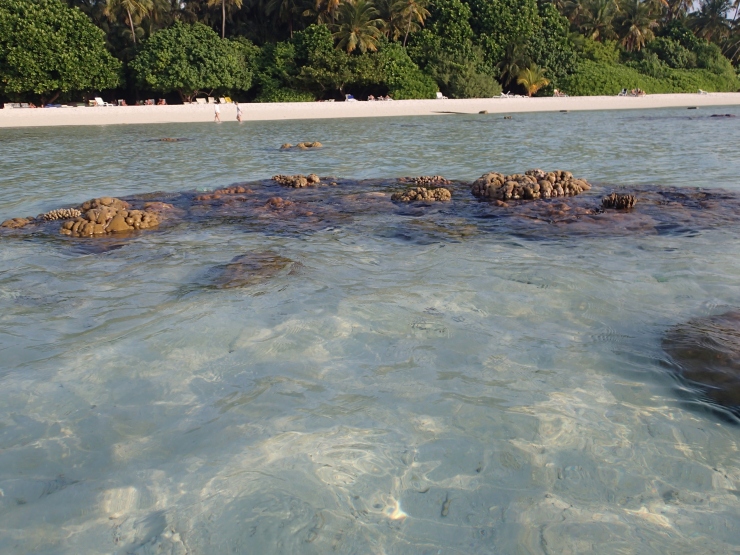 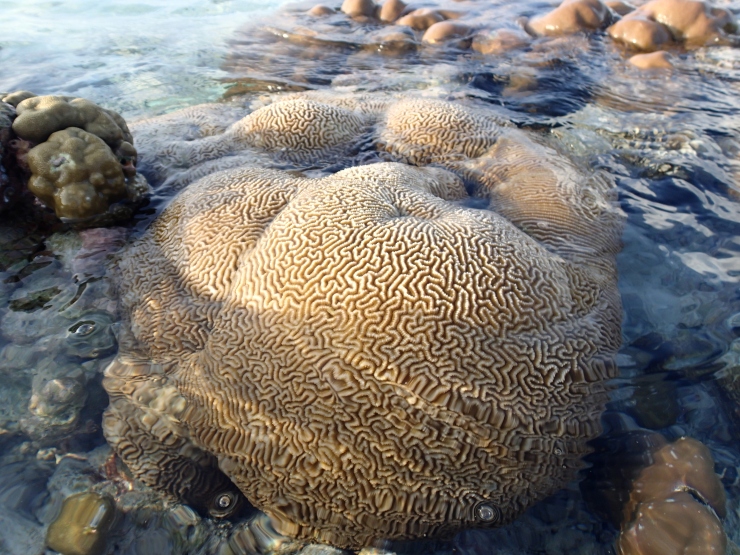 And to finish, the entire row of exposed rocks is actually corals: